After the Second World War, during the subsequent guerrilla war against the French, some cinematographic units were set up, directed by operator-directors such as Mai Loc and Khuong Me in the South, Tien Loi, Ngoc Quynh and Quy Luc in the North; they made 16mm documentaries on major battles.

In the North, the first feature film with a subject was Chúng một dòng sống (1959, We live on the banks of the same river) by Nguyen Hong Nghi and Pham Ky Nam, which intertwined the theme of the division of the Vietnam with the lyrical descriptions of the life of the countryside and the world of nature. Very similar were Vợ chồng A Phu (1961, Gli sposi A Phu) by Mai Loc and Hoang Thai, Chim vạn khuyên (1962, The wren) by Nguyen Van Thong and Tran Vu, Chị tú hầu Bai Sao (1963, Bai Sao) by Pham Ky Nam. Since 1964, the involvement of the North in the ongoing conflict in the South prompted the government to use the film industry as a propaganda weapon. In spite of the massive American bombings, we therefore went from two to five films a year, focusing entirely on the theme of war, even without the psychological investigation being completely abandoned: 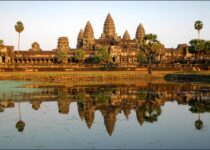 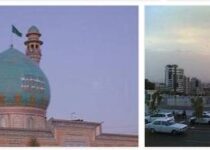