The identity of a people, in a national state, can change, slowly, following historical changes or more quickly, especially during periods of war or major local or world transformations. Often such changes are generated over a period of time and, after some movement, they become visible.

Therefore, in order to understand the present, it is necessary to understand what history means in the past and for the future, and also the difference between history, historical points of view and interpretations of history.

The Brazilian state, a slave for more than three hundred years, restructured by excluding republican concepts, imposed and stimulated, throughout history, concepts of nationality that determined a cultural discourse that was distant from the country’s multi-cultural reality.

Brazilian culture, essentially permeated by feminine, black, caboclo, indigenous values, defined by encounters and conflicts, was mediated, for years, by the discourse of racial democracy and its legitimate material manifestation from a white political reading.

The rich diversity of the culture of the peoples of European origin recreated here, the Brazilian Africanities, the Asian, Jewish and Arab contributions, the indigenous expressions resulting from the conflicts of colonization, the characteristics of our ‘anthropophagy’, our identity built with reference to a diversity hierarchical -, this dynamic was not always considered by the discourse that justifies and fears structural inequalities.

However, a culture of participatory democracy begins to be designed, which necessarily includes cultural citizenship. Brazil, State / nation, is currently experiencing a privileged period with regard to the possibilities of achieving fundamental transformations aborted at various periods in history. The profound transformations in the concepts of national identity are then supported by an inclusive cultural policy, which begins to materialize, valuing diversity and disrupting the hierarchy inherited from slavery.

Mirror, mirror of mine….

In 1814, the general government of Rio de Janeiro recommends to the governor of Bahia:

‘Your Royal Highness determines that you absolutely forbid the gatherings of Negroes commonly called batuques, not only during the day, but particularly at night, because even if they were allowed this to make them happy, this kind of fun should not continue, after having abused it so much. ‘

(With the increase in the revolts of slaves and other poor groups, mainly from the end of the 18th century, drumming was considered the focus of rebellion and aesthetically prohibited)

Responsible for the largest human transfer in history – between 3.6 and 5 million Africans were imported into Brazil, from various parts of the African continent -, slavery generated structures, social and economic relations, values ​​and concepts, worldview including vision of State, whose goal was their permanence, survival and the maintenance of the resulting privileges.

Only from the 1930s, based mainly on the theses on miscegenation and on the shameful expression of racist discourse, did the myth of racial democracy consolidate in the country. Which means that, for most of this century, actions to combat racism , the cultural and political organization of black Brazilians, and the implementation of policies to overcome racial inequalities were inhibited . In the post-Abolition period, the absence of an explicit legal system that defined the inequalities and, still, the visible Africanities of Brazilian culture, served as an argument for the State and society to disregard the need to create mechanisms for the inclusion of the people. black in the national development process.

The rich invisible history of the enslaved beings in the various African countries, their cultural recreation, are only part of the Brazilian cultural being. The police, the practice of medicine and other sciences, the culture of rural production and land use, immigration policy, the political system, the methods used for the systematization of data, the relations of production and wealth management , the property and credit regime, the legal and school systems, the labor market, everything was structured to meet the need to enrich the masters, to control the slave or, later, to consolidate and justify inequalities.

More than three hundred years of slavery, from the 16th century to the end of the 19th century, as a legal, social and economic institution, which determined the lifestyle of colonial Brazil, represent a fundamental historical reference for understanding racial inequalities in the country, and the deepening of the hierarchy of rights and the very definition of humanity, of the social value of the person.

In order for slavery to be justified, the slave was not considered a fully human being by any of the institutions, including the church. Cultural and religious practices, the worldview of this human group were systematically disqualified, despite their integration into the way of being national, after more than three hundred years of cultural coexistence, and their workforce being responsible for the development of the economy. The physical appearance of blacks, except when it came to sexually serving lords, was associated with that of animals and aesthetically unpleasant or inferior. His body was for work and his strength was used like that of animals. Participation in the arts, which was extremely relevant especially in the 18th century, did little to expand their rights, or to ensure the exercise of citizenship..

“During slavery, and even afterwards, black religious expressions were described by a police clerk who recounted invasions of terreiros or defeats of revolts, by ecclesiastical and civil authorities concerned with fighting ‘witchcraft’ and subversion of customs …” –
João José Reis

If the abolitionist movement was long, heterogeneous and, finally, victorious, the Republic emerged as a reaction to the absolute end of slavery, despite the engagement of black leaders in the republican movement.

Several religious pieces taken from the ‘blacks’, Africans, and the ‘criollos’, Afro-Brazilians, are still in police stations today, otherwise they were destroyed or disappeared.

Mainly based on the promotion, by the State, of European subsidized immigration to replace black labor, the creation of superior citizenship status for newly arrived immigrants in relation to blacks, the promises of the State to whiten the nation, from the peripheral participation of Afro-Brazilians in the industrialization process, from the weak political representation, from the disqualification of their cultural references, what can be called the informal racial exclusion system was structured.

The desire, the almost Brazilian need to be a democracy, was confused with the long-cultivated demobilizing myth. 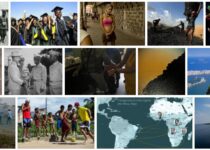