The specialty of Heidelberg Castle is the 220,000 liter Drum Wine Barrel. 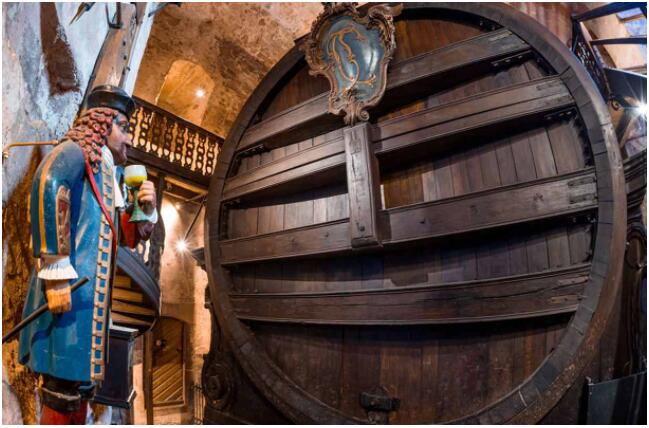 Heidelberg Castle is handsome inside and out

The first structures of Schloss Heidelberg date back to the 13th century. The castle has been adorned in its form in one form or another for hundreds of years – the building has been completed several times over the years and today it is partly in ruins. Fortunately, there are also plenty of surviving spaces and it is easy to get a picture of the splendor of the past by touring them.

You can get to the castle either on foot or on the funicular from the corner of the Kornmarkt in the old town, ie by cable car. In addition to the ride, the ticket for the rail cable car also includes entrance to the castle and the pharmacy museum on the castle premises. The castle is open daily and from the outside it can be admired for free.

As is true of a decent castle, of course there is also its own wine cellar. In the castle’s wine cellar you can taste, for example, local wines from the Neckar Valley or compare sparkling wines from different parts of Germany. One of the halls of the castle is dedicated to a very special object: you can see a 220,000 liter wine barrel built in the 18th century, which is so large that you can climb it up the stairs. Apart from the barrel, nothing else can fit in this hall.

Cruise on the river Neckar

The Neckar, a tributary of the Rhine, flows wide through Heidelberg. The river borders the business center as well as the old town on one bank and the most residential areas on the other. A peaceful river cruise is a way for a leisurely vacationer to enjoy the scenery and take a new perspective on the city. Cruise ship piers can be found right next to the Old Town between the two largest bridges, Theodor-Heuss-Brücke and Karl-Theodor-Brücke (also known as the Alte Brücke).

Heidelberg is not an actual beach destination, but the inland swimming pools are perfect for cooling off hot summer days for the whole family. For example, Tiergartenbad and Thermalbad are suitable for a holiday for both children and adults. It is easy to go to Maauilmaala even for the whole day with your own equipment and the entrance fees are only a few euros.

The widest landscapes in Heidelberg open up from the Königstuhl hill. You can get to the top of the landscape by continuing on the same funicular, which also takes you to Heidelberg Castle. The Königstuhl ticket is also valid as an entrance ticket to the castle area, so you can easily combine the two destinations and first visit the top of the hill and then stop below the castle level.

You can also drive to Königstuhl in your own car or take a hike along the hiking trails. The place is also well suited as a destination for a lunch trip. From the Königstuhl, the landscape opens far into the valley of the River Neckar and the wine regions surrounding Heidelberg. In good weather, you can even see the neighboring town of Mannheim from here.

The University of Heidelberg is the oldest university in Germany and the city’s academic tradition extends far. A total of up to 31 Nobel laureates and a long list of important names in German science, art, politics and economics have sought world fame for its protection.

The most interesting academic specialty for tourists is the Studentenkarzer, a student prison built in the 17th century, an detention apartment that served as a detention center for undisciplined students for centuries. For a long time, the university had the right to control and discipline its students. At the time, it was perfectly normal for ill-behaved students to be placed under arrest to reconcile their actions. During their sentence, they were only allowed to visit the lecture halls from the detention apartment, but nowhere else.

The Studentenkarzer’s centuries-old rooms are full of murals and drawings. Residents have left wooden signs and self-portraits, dates and accounts of their offenses and the reasons for their arrests in their punishment rooms. The last stubborn students here were locked up in the early 20th century, so there is no need to fear being punished by the university at the end of the student festival in today’s Heidelberg.

THE BEST OF HEIDELBERG 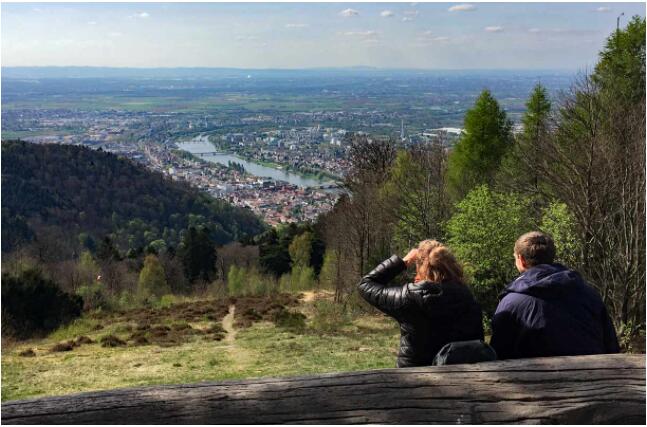 The heights of the Königstuhl offer handsome views of the Neckar River valley. 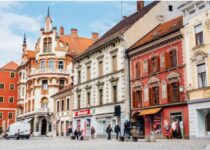 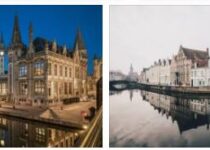 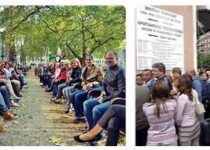