Skip to content
HomeAsiaHistory and Archeology of Ashgabat, Turkmenistan

About 15 km (depending on the driver 10 to 15 minutes by car) outside of Ashgabat are the ruins of the former Parthian city of Nissa. The excavation of the imposing complex was only started in the 1930’s and has not yet been completed. The royal seat from the Parthian era (then called Mithridatakart after the Parthian ruler Mithridates I – 171-138 BC) was protected by an equilateral five-sided fortress. However, only remains of the towers remain. The entrance gate, presumably in the west, has disappeared. Today’s access is via a ramp in the east. In contrast, the central area of the former capital of the empire, which has been largely excavated and partially reconstructed, is relatively well preserved. In addition to the temple, presumably consecrated to syncretistic deities, the housing estate as well as the storage buildings and workshops were located here. A still imposing element of this area of the city is the 30 * 35 meter central hall of the temple, surrounded by about 5 meter thick walls. The large square house in the north of the complex, surrounded by 20 smaller rooms, presumably served as a treasure house. During excavations in the 1940’s, around 40 drinking horns, mostly carved and partly made of brass, were found here. The decorations show a unique fusion of Hellenistic and Achaemenid art styles as well as those of the steppe cultures. As a result, they are direct testimony to the cultural ties of the Parthian Empire. Mostly destroyed during the 1948 earthquake, the reconstructed objects are now on display in the National Museum. The parts of the former wall decoration still preserved in the wine cellar are now protected from decay under boards and sand. For a small tip, the guards are happy to show them to the visitor. The wine barrels set in the ground had a capacity of several hundred liters. During the excavations, several thousand pottery shards were found, which give precise information about incoming and outgoing goods. These pottery shards are therefore an important testimony to the documentation of the trade ties of the Parthian Empire. For example, with regard to wine deliveries, the delivery dates, names of the suppliers and the quantities delivered could be traced back over many decades with just a few gaps.

In accordance with the importance of the Parthian Empire in the geopolitical power structure, the royal seat of Nissa was regularly visited by delegations from Persia, Greece or the Roman Empire. Since the chroniclers of these delegations wrote detailed reports on the city and life at the Parthian court, there are some precise descriptions of Nissa from that time. For example, Philostratus (Greece, 170-245 AD) remarked about the royal palace: “The roof was covered with copper and shone brightly. Inside there were rooms for men and rooms for women and porticos that shone with gold and silver decorations The walls were made of pure gold like pictures, and there was embroidery depicting motifs from Greek mythology and the Greco-Persian wars. One of the men’s rooms had a domed ceiling that mimicked the vault of heaven. The dome was completely lined with blue tiles, the color and radiance of which were reminiscent of the sky “(quoted from Luckow 2006, p. 129)

The best view is provided by a viewing platform built directly behind the entrance on the occasion of a visit to Mitterrand in the 1990’s. Nissa cannot be reached by public transport.

According to thedresswizard, a few kilometers east of Ashgabat is the mosque ruin of Anau. This is located on a tell, the archaeological findings of which suggest that the region was settled back to the third millennium by Christ. In current Turkmenistan historiography, grain finds from these two neighboring settlement mounds in particular form the basis for the claim (not recognized outside the country) that wheat was cultivated in Turkmenistan for the first time in the world.

Between 1447 and 1457, one of the largest mosques in what is now Turkmenistan was built on Tell, which was no longer inhabited at that time, with two minarets, two domes and an inner courtyard surrounded by Koran schools. Even before the final destruction by the severe earthquake of October 6, 1948, the building had largely fallen into disrepair after centuries of neglected renovation work. Since the earthquake, only the remains of the entrance gate and a few adjoining rooms have remained of the mosque itself. Further traces of the mosque are fragments of columns, decorated wall pieces and a (dry-fallen) cistern.

Barely noticed during the Soviet era, the mosque ruins and the debris in their area have been enjoying increasing popularity among Turkmenistan pilgrims since the Turkmenistan independence. Islamic rituals are mixed here with natural religious traditions and, after decades of religious isolation, merged into new forms of belief. In particular, various stones, stone formations and areas of the tell have healing, miraculous and, above all, fertility-promoting powers. Therefore, women in particular are drawn to Tell von Anau. Ritual acts are accompanied by the distribution of so-called prayer reminders. Markings or models corresponding to the wish expressed in prayer are left behind. Children’s wishes, for example, are made by distributing rattles, Underlined hair clips or tinkered cribs. A large number of these prayer reminders are distributed over the extensive area of the mosque ruin, collected at the particularly miraculous places, some of which should not be touched by men.

While the ruins are at the eastern end of Anau, the national wheat museum (“Museum of the Golden Wheat”) can be found on the western side of this suburb of the capital. Built in the form of gold-colored ears of wheat, the museum was inaugurated in 2005 on the occasion of the 114 percent plan filling in the production of wheat at this location, which is so important for current Turkmenistan historiography. The current exhibition focuses on the importance of wheat for Turkmenistan history and the importance of the President’s achievements for the successful development of the country.

Buses and minibuses run at frequent intervals between Anau and Ashgabat. By waving from the roadside, minibuses can be boarded anywhere along the route. The most regular way to do this is in Ashgabat along Makhtimkuli Street (formerly Swoboda). Depending on the bus driver, the journey takes just under to well over 10 minutes, and the fare is around 50 cents. 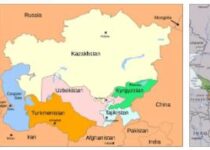 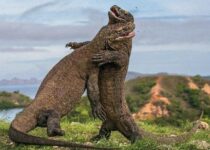 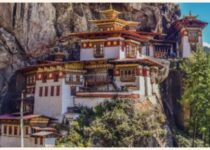