To protect the reefs, the flora and fauna of the sea

Sea turtle on a coral reef in the national park

The highlights of Biscayne National Park are the clean water, the mangroves along the coast, the islands and the precious coral reefs. Snorkeling and diving is allowed. Diving is best done with a dive guide. A trip on a glass-bottom boat is an experience. There you have all the colors, the coral, the sea creatures and the unique plant life of Biscayne National Park at your feet.

The coral reefs are extremely diverse and provide a home for many animal and plant species. In addition, coral reefs are the breeding chambers of the sea. The coral reefs off the Florida coast have always made it difficult for intruders to land in Florida. Biscayne National Park is a popular diving region. Divers are required not to disturb or damage the coral reefs and marine life in any way.

In the 16th century, for example, the Spaniards had great problems going ashore in Florida. Heavy storms made the project difficult. Today there are numerous shipwrecks off the coast of Florida, off the coast of the USA, some of which can also be dived. The coral reefs are now protected within Biscayne National Park.

The former trees in Biscayne National Park, tropical hardwoods, were formerly greatly reduced by shipbuilding. Most of the mangrove forests in the coastal areas of the national park did not originally develop there; many of the mangroves were subsequently planted. There are also some subtropical shrubs and grasses in the national park. Extremely rare, endemic and prickly prickly pear cactus have been found in the park area. The critically endangered Sargent’s palm is found in Biscayne National Park; a very rare species of palm in Florida.

There are two campgrounds in Biscayne National Park. Both are on islands and are only accessible by boat. In winter and spring there is a fee to access the islands. Camping with an RV, mobile home or trailer is understandably not possible in Biscayne National Park. Boca Chita Key Island is the most popular island in the entire national park. The island’s campsite offers toilets but no showers or drinking water.

Elloit Key Island is the largest island in Biscayne National Park. Toilets and showers are available at the campsite there. Drinking water too, but it makes more sense to take care of yourself. There are also forest areas on the island. The island offers beautiful hiking trails through nature. The Dante Fascell Visitor Center at Convoy Point is open daily. The center at Convoy Point is located eight miles east of the town of Homestead, Florida. You can also buy groceries and souvenirs there. You can also rent a kayak or canoe there. Windsurfing is very common on the coast there.

Flora and fauna worth protecting

The flora and fauna in Biscayne National Park mainly includes the animal and plant world of the sea and the coastal areas. Biscayne National Park’s endangered species include the West Indian manatee, the manatee. Other endangered species found in the park include the indigo snake, American crocodile, pied plover, hawk, swallow and butterfly species, and several species of sea turtles. 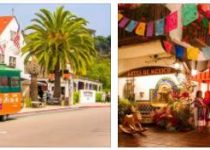 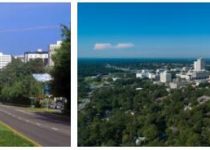