All these buildings are grouped around the oldest building – the Church of the Holy Virgin. The building is made of basalt and is a cross-domed temple with four aisles on all sides. The academy was historically known as the Academy of Grigor Magistros Pahlavuni. Much attention was paid to the study of the humanities.

Outstanding Armenian scientists taught here. In historical chronicles, there are references to the fact that the embassies sent from Armenia abroad were accompanied by advisers from among the scientists of Sanahin. As early as the 12th century, there was a medical school in Sanahin. It studied human anatomy and physiology. Sanahin gave several well-known representatives of the national culture, such as the folk singer and musician Sayat-Nova.

Haghpat Monastery, located to the northeast of Sanahin, was built in his likeness. Here they also studied the humanities, theology, and were engaged in painting. An interesting feature of Haghpat is the refectory (XIII century). It strikes the huge space of the elongated hall.

Oshakan is a typical Armenian village with preserved traditions and way of life. The main attraction of the village of Oshakan is the Church of Surb Mesrop Mashtots. Here in the underground crypt lie the relics of Mesrop Mashtots, the first among the great representatives of Armenian culture, the creator of the Armenian alphabet and writing (beginning of the 5th century). The great merit of Mashtots is also religious activity related to the eradication of pagan traditions.

Initially, a small chapel was erected over the grave of Mashtots, and already in the 19th century a temple was erected in its place. The inscription at the tombstone tells about the deeds of Saint Mesrop in the 5th century, canonized by the Armenian Church. Next to the church is the building of the church school, where orphans who escaped the Armenian Genocide of 1915 found shelter. The church opened an orphanage here. This 19th century building has survived to this day.

Byurakan is home to one of the world’s largest centers of astrophysics. Byurakan Observatory is located on the spurs of Mount Aragats. Not far from the observatory is a giant parabolic radio antenna installed back in Soviet times. There is clean dry transparent air, many clear nights in both winter and summer. This charming corner of Armenia attracts many tourists here.

Mount Aragats is an extinct volcano, the highest peak (4090 m.) of the Armenian Highlands in the territory of Armenia. The crater is framed by four sharp peaks and filled with water, forming a lake. Almost all of Armenia is visible from the top of Aragats.

The beautiful landscape of the foothills and mountain belts attract lovers of travel and alpine climbing. In summer, the slopes are covered with a green flowery carpet. Valleys of flowers open before you, so picturesque that their colors seem to be the limit of brightness. Lavender and balsam, sage and alpine chamomile, bluebell, wild dill and other alpine herbs are found here. The Aragats massif is an inexhaustible reservoir and source of water for Armenia. Huge masses of snow accumulate on its slopes, numerous streams and rivers are born. Water flows through underground channels, giving way to powerful springs (Aparan springs). Thus, about 200,000 liters of spring water enter the Aygerlich lake at the foot of Aragats every second.

At the foot of the mountain there are a number of mineral springs, the waters of which are very similar in chemical composition to the Kislovodsk “Narzan”.

Amberd Castle is a remarkable architectural monument of the Middle Ages (XI – XIII centuries). Its fabulous bulk rises above the gorge. From the outside, the castle is surrounded by a powerful fortress wall with towers. Everything here is defensive. The architecture is simple and severe. Amberd had two reservoirs and its own water pipeline. This castle was the family property of the Pahlavuni princes. On the territory of the fortress there is an Amberd church, built in 1026.

Saghmosavank Monastery is located on the edge of a rocky cliff in the picturesque gorge of the Kasakh River. Saghmosavank dates back to 1215, when, at the behest of Prince Vache Vachutyan, the Church of St. Sion was erected here. It belongs to the type of cross-domed temples with two-storey aisles in all corners of the building.

A book depository (1255) was built on the territory of the monastery, which is one of the original buildings in Armenia in terms of composition. Its design suggests that in addition to storing manuscripts, they also dealt with their correspondence in the scriptorium, and also kept expensive church utensils. Many khachkars have been preserved on the territory of the monastery.

The Letter Park is a small plain in which all the letters of the Armenian alphabet are carved from tuff, each of which is the size of a human being. Letters differ from each other in artistic design. Naturally scattered on the plane among volcanic stones, they seem to grow out of the distant past. We advise you to take an original photo with your letter – the first letter of your name. 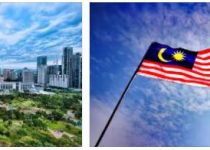 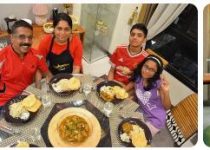 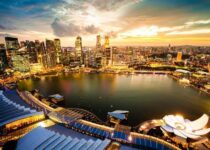